Accidents, Tickets, Suspended License? Need an inexpensive rate on an SR22? Not a problem. We are your auto insurance and Colorado SR22 Insurance Specialist. Have an excellent driving record and still think you’re paying too much? We can help.

Brian is our fearless leader at the Insurance Stops. Brian has lived in Colorado Springs since 1971. An Air Force military brat, Brian moved here from where he calls heaven, Anchorage, Alaska. Brian attended district 11 schools: Patrick Henry, Irving Junior High, and graduated from Mitchell High School in 1978. He then attended Pikes Peak Community College. While in high school he met and began a relationship with his wife of more than 30 years, Chris.

Chris has worked in the Radiology Department at Colorado Springs Memorial Hospital since 1980. She and Brian have 3 children: Adam, Meagan, and Dylan. They also have 7 grandchildren.

Brian started his career in insurance at the ripe old age of 20. After a short stint with Farmers Insurance Group. Brian went to work with Farmers Union Service Association (FUSA) as an agent in Pueblo. Soon thereafter he expanded his business into Colorado Springs, and eventually Denver. Brians oldest son, Adam, has his own agency in Fort Collins. His daughter, Meagan, is a Dean at Cheyenne Mountain High School in Colorado Springs and his youngest son, Dylan, is a student at UCCS.

Brians most popular location was located at the corner of Airport and Academy in the old Lakewood Vet building. After being there for more than 10 years customers adapted well to hearing dogs howling, cats mewing, and stepping over and around land mines left by them on the sidewalk.

When asked to pinpoint what it is that sets the Insurance Stops apart from other agents Brian says, I feel what has made the Insurance Stops a success is our down to earth approach to giving great customer service. You’ll probably never see him in a tie or any of the ladies in a fancy dress. Those clothes are for doctors and lawyers and people who make you uncomfortable, that’s not what we’re about. I have been blessed in the folks who have worked for me. You’ll notice most have been with me for some time. I try to make our work fun, no one likes to work but most of us have to. Since its something we all have to do we might as well have fun while doing it.

An avid sports nut, Brian was inducted into the Colorado Slow Pitch Hall of Fame in 1999. He enjoys his golf game, but his real passion has been watching and helping his three children in their sports life. Hockey, baseball, volleyball, and golf are activities the family has enjoyed. 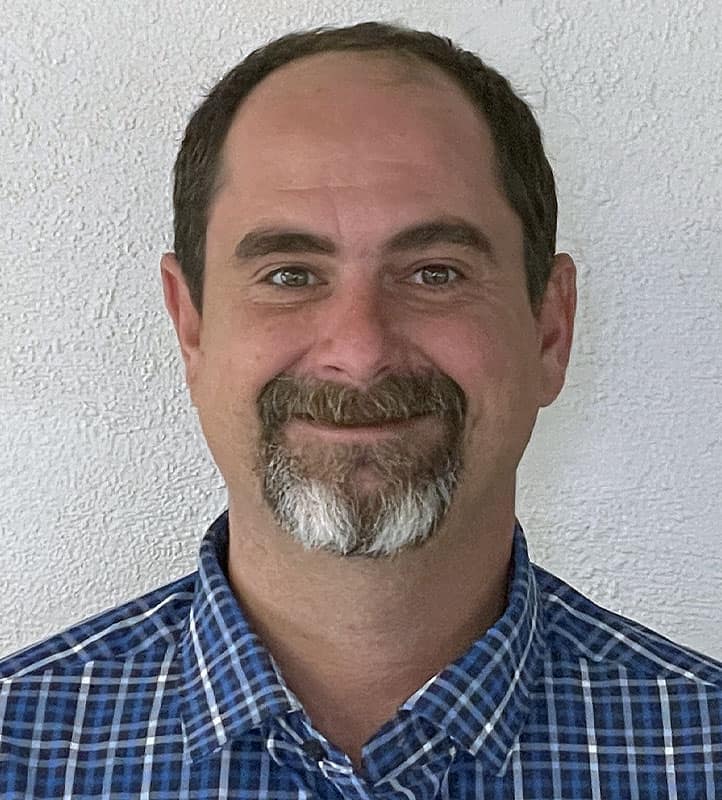 Arley has worked at The Insurance Stops since March of 2018. She graduated from Atlas Prep High School in May of 2017. She has lived in Colorado Springs since 1999. Arley is the receptionist at the Bijou office and is bilingual in English and Spanish.

Claudia is our bilingual receptionist at our Pikes Peak location. She graduated from Sierra High School in 2015. Claudia also worked at Fred Loya Ins. before joining our team at The Insurance Stops in August of 2016.

Diana works at our Pikes Peak location. Diana was born and raised in Cortez, CO until she moved to Colorado Springs in 2011. She has 5 children and 1 grand-baby. Diana is a bilingual agent and has been in the insurance business since 2011 working for Progressive Insurance for four years before moving to Insurance Stops in August of 2015. She can help you with a variety of insurance needs including Personal Auto, Commercial Auto, Broadform, SR-22, Renters, Motorcycle, Boat, RV, and Mexico Tourist policies. Diana is also a Public Notary.

If you are looking for a knowledgeable agent who will take the time to find you the best coverage and price to meet your needs and make sure that all of your questions are answered visit Diana at our Pikes Peak location (next to Leonela’s Meat Market).

Nikki has been with the Insurance Stops since 2008. She began her insurance career in 1991, working with her father, servicing military families with life insurance and other financial products. In 2005 Nikki rounded out her insurance licensing by getting her P&C (property and casualty) license to go along with L&H (life and health). She opened her own agency in Colorado Springs in 2005, again primarily catering to the military personnel and their families. Nikki brings a lot of knowledge and experience as well as a whole bunch of enthusiasm to the Insurance Stops.

Nikki offered her views in a nutshell, We are always looking to round out our customers insurance. We offer life, health, homeowners, renters, snowmobile, motorcycle, jetski, camper, RV, and commercial insurance as well. Give us a look for all of your insurance needs!

Will runs our Academy Boulevard office in Colorado Springs and helps our owner Brian with our SR22 program. Will moved to Colorado late summer of 2012 to be near his son, Brandon, with his girlfriend Kerri, and her son, Logan. A native of Shreveport Louisiana, Will graduated high school there. He began his insurance career in Louisiana in 1997 and has worked for GO Insurance, US Agencies, and Direct General before moving to Colorado Springs.

Lisa is a new addition to our team. Lisa grew up on the east coast and joined the Navy after graduating from High School. In her travels, she got to see different parts of the U.S. and believes that Colorado is the most beautiful place in America. Lisa has been here for 27 years and has been in the insurance business since working at Progressive since 2008. She is happy to help you with your insurance needs and feels that “Since you have to have insurance, you might as well come to a place where you feel comfortable.”

Maria is a bi-lingual licensed agent who has been with the Insurance Stops for the past 15 years.

Maria puts it this way, “Are you tired of seeing a different customer service representative every time you visit your agent’s office? Does it seem like nobody knows what’s going on with your policy and can’t answer any of your questions? At the Insurance Stops, you’ll see the same friendly faces every month. Please feel free to call or e-mail us; we have a customer-oriented staff who will work hard to find you the best rate possible with the coverage you need.”

Yeremi has been a part of The Insurance Stops family for two years. She currently works our Bijou location on Saturdays. She is very confident in her ability to help our clients here at The Insurance Stops, from payments to helping them understand any notices they receive. She says her job is to make everything a little easier and she is there for our customers.

Lorri has been a licensed property and casualty insurance agent in Colorado for 20 years and with the Insurance Stops for more than 10 years, writing and servicing over 15 different companies and more than 200 different programs. She is also a licensed surety bail bond agent with experience in criminal and traffic law.

She earned a BA at Colorado State University in 2006 and is currently an intern at a substance abuse center teaching Level II DUI Education classes and a relapse prevention group. She is a licensed Certified Addictions Counselor Level II.

Lorri has been helping people go through the process of reinstating their driving privileges for 10 years and has extensive knowledge of Colorado DUI laws, penalties and SR22 requirements.

She has extensive experience with the Colorado Department of Revenue and the El Paso County 4th Judicial system.

Lorri feels quite confident in the abilities of her and the staff of the Insurance Stops, I am certain with all the knowledge we have at the Insurance Stops we will be able to help you. Whether you are a driver who never had a ticket or someone who has, unfortunately, seen the inside of traffic court, you will find an agent here to meet your needs. We are here for our customers. We are agents for you, not for the companies we represent. We would like nothing more than to help you save money and get the coverage you need.

Auto Insurance Stops saved me hundreds of dollars per year on both my SR 22 endorsement and my regular auto insurance.
Tom S
Brian and his staff were so easy to work with. When I needed proof of insurance at the DMV they had it there in a flash.
Connie M
Lorri was extremely helpful and I was so pleased with the service and rate I recommended 3 of my friends. I had no idea I was spending so much more than I had to when I was with G****O. I guess I was paying to teach that lizard to talk.
Cindy P
David was great at explaining the SR22 process and how it all works. He takes the time to answer any questions and I would recommend him for anybody needing an SR22.
Dan V
I looked at several agents and SR22 providers and Auto Insurance Stops was the cheapest and give me the best overall service.
Mike S
Delicia made me feel important. I would recommend her highly.
Danielle R
When I started this whole thing I wasn't sure what to do. Nikki and Maria made it so easy, I would highly recommend them to everyone!
Kelly P
Loading...