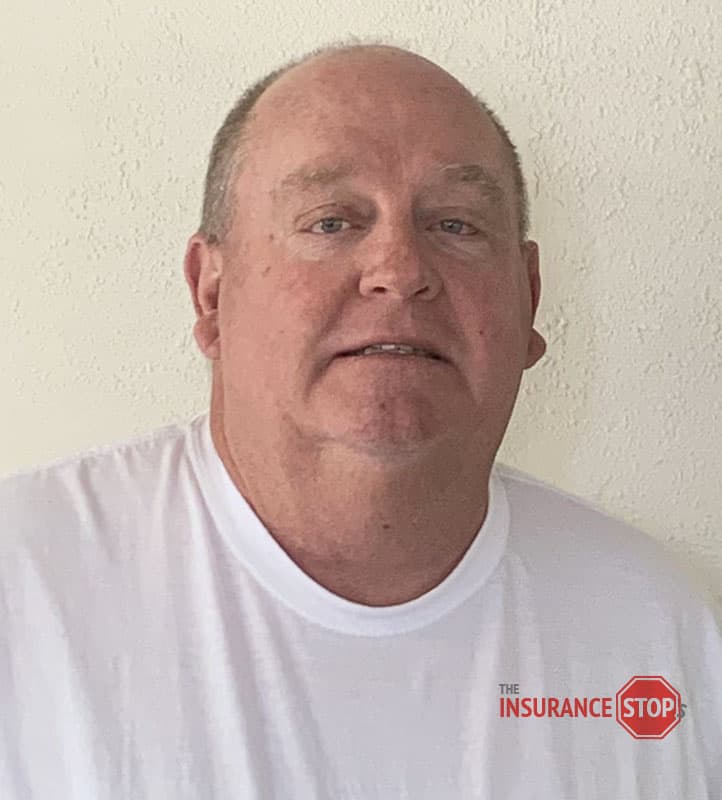 Brian is our fearless leader at the Insurance Stops. Brian has lived in Colorado Springs since 1971. An Air Force military brat, Brian moved here from where he calls heaven, Anchorage, Alaska. Brian attended district 11 schools: Patrick Henry, Irving Junior High, and graduated from Mitchell High School in 1978. He then attended Pikes Peak Community College. While in high school he met and began a relationship with his wife of more than 30 years, Chris.

Chris has worked in the Radiology Department at Colorado Springs Memorial Hospital since 1980. She and Brian have 3 children: Adam, Meagan, and Dylan. They also have 7 grandchildren.

Brian started his career in insurance at the ripe old age of 20. After a short stint with Farmers Insurance Group. Brian went to work with Farmers Union Service Association (FUSA) as an agent in Pueblo. Soon thereafter he expanded his business into Colorado Springs, and eventually Denver. Brians oldest son, Adam, has his own agency in Fort Collins. His daughter, Meagan, is a Dean at Cheyenne Mountain High School in Colorado Springs and his youngest son, Dylan, is a student at UCCS.

Brians most popular location was located at the corner of Airport and Academy in the old Lakewood Vet building. After being there for more than 10 years customers adapted well to hearing dogs howling, cats mewing, and stepping over and around land mines left by them on the sidewalk.

When asked to pinpoint what it is that sets the Insurance Stops apart from other agents Brian says, I feel what has made the Insurance Stops a success is our down to earth approach to giving great customer service. You’ll probably never see him in a tie or any of the ladies in a fancy dress. Those clothes are for doctors and lawyers and people who make you uncomfortable, that’s not what we’re about. I have been blessed in the folks who have worked for me. You’ll notice most have been with me for some time. I try to make our work fun, no one likes to work but most of us have to. Since its something we all have to do we might as well have fun while doing it.

An avid sports nut, Brian was inducted into the Colorado Slow Pitch Hall of Fame in 1999. He enjoys his golf game, but his real passion has been watching and helping his three children in their sports life. Hockey, baseball, volleyball, and golf are activities the family has enjoyed.