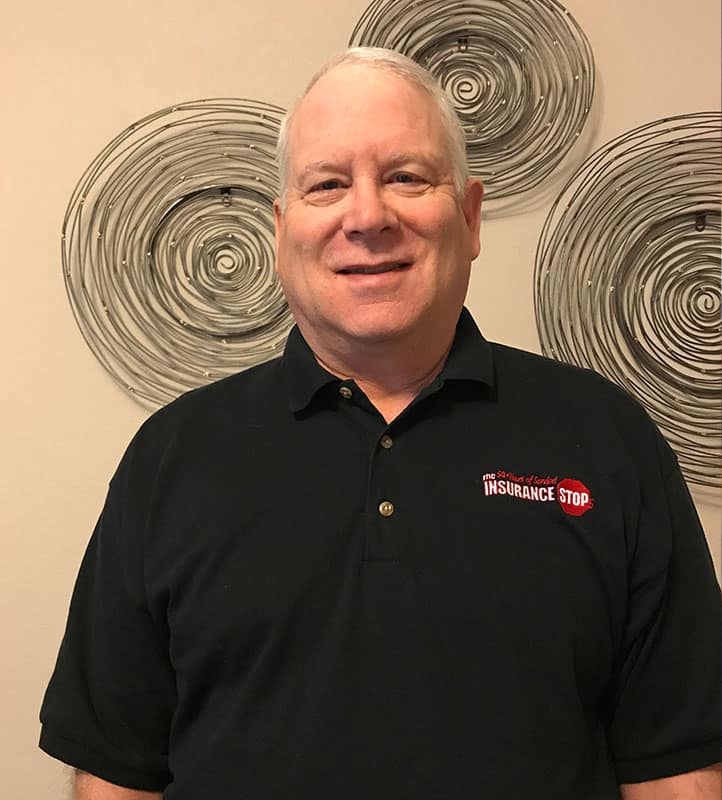 David works at our office in Denver. He grew up in Wyoming where his father was an insurance agent. David came to Colorado in 1980 working many years for the Jones Agency and when it was bought by the Insurance Stops David began working with us. He has owned his own agency, served as a marketing manager for a couple of different insurance companies, and has worked more than 30 years in the auto insurance marketplace. David lives with his wife Jacque, they have two adult children, Danielle and Trevor.

David is a huge sports fan regularly attending games from the Colorado Rapids and Mammoth to the Avalanche, Rockies, Broncos, and Nuggets. He would love to talk sports with you if you stop by the office. David has an uncanny ability to make you feel at ease with his wry sense of humor. He can sense whether you’re in a hurry to get things done or would like to sit and talk for a while. He is happy to explain various coverage in detail if that’s what you’re looking for but he is just as willing to get you what you need as quickly as possible. As David puts it, I just try to get everyone what they want or need in as timely a fashion as possible.